Mr. Kincaid has practiced law for more than 35 years and his practice emphasis is Divorce and Family Law Mediation. He has mediated more than a 1000 divorces. He has been repeatedly recognized by his peers as a Kansas “Super Lawyer” in the area of Family law. He is certified by the State of Kansas as a Domestic Mediator and has completed an internship with Johnson County Domestic Court Services. He has served as a member of the Family Law Bench Bar Committee of the Johnson County Bar Association where he assisted in drafting the Family Law Guidelines and is a member of the Ethics Committee. He is a former Barrister in the Earl O’Conner Inns of Court. As a trained mediator, Mr. Kincaid has helped many families avoid the traditional adversarial approach to separation, divorce and other family issues.

Mr. Kincaid lives in Johnson County. Creative writing and running are his hobbies. He has completed several marathons and has written six novels: Death Walk at Acoma (Sunstone 1991); A Dog Named Christmas (Random House 2008); Christmas with Tucker (Random House 2010); and A Christmas Home ( Random House 2012); and Tantric Coconuts (Random House 2014), and Noelle (Penguin Random House, October 2017).  The Hallmark Hall of Fame produced A Dog Named Christmas and it aired on CBS in the Fall of 2009 and thereafter received a Genesis Award from the Humane Society. Christmas with Tucker premiered on the Hallmark Movie Channel (HMC) on November 25, 2013 and was the most watched original movie premier in HMC network history. Mr. Kincaid is a pet adoption advocate and frequent guest blogger on Petfinder.com.

Greg Kincaid has written and lectured extensively on divorce and mediation. He can be reached at 913-210-8347 or by email at gkincaid@hrkklaw.com. If you would like to join his mediation Facebook page, please visit www.facebook.com/sensibleseparation. His law firm webpage is located at www.hrkklaw.com. 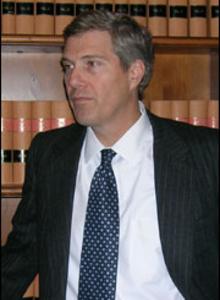